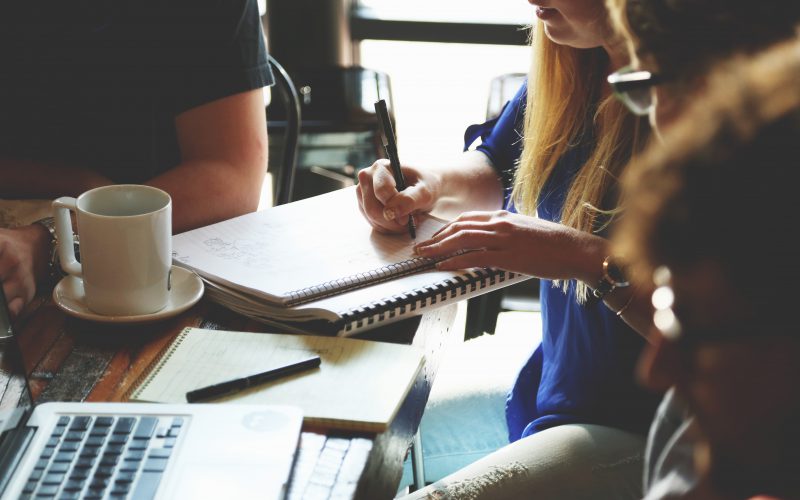 A scholarship is not only something for people with straight A’s. Next to your academic performance things like social commitment and conviction are also taken into account. It is worthwhile for everyone to check if there is a suiting scholarship for an area where your strengths are situated.

In Germany there are 13 big institutions who aim to promote the gifted. They are each partly financed by the state and by foundations, or similar institutions.

The scholarship is constituted out of two parts: The financial and the ideological accompaniement. The scholarships is very useful to finance your studies, or to be able to afford a flight home, but equally useful is the offered auxiliary proram of the foundation.

The content of the program depends heavily on the foundation. For example at the “Stiftung der Deutschen Wirtschaft” you have the opportunity to visit and organise talks and lectures from representatives of the economy. Also you can take part in seminar series, for example on the subject “value oriented management”. A scholarship does not just look good on your CV, but also helps you personally, if you appreciate their offers for scholars.

As a first step for your application you have to inform yourself well on the different foundations. If you apply successfully and receive a scholarship, you will spend a lot of time during your studies with their respective ideological program and will work on projects with other scholars. It is important, that the foundations suits your personal convictions! Reflect on your own views before applying. Thus you can apply deliberately with two foundations and will be more successfull than applying with a standard application to all large foundations.

It is important to note for your application, that letters of recommendation are required for most foundations. Talk to your teachers, or respective peers, about this during your school time! It is much easier to get these letters while on site, instead of contacting the people later via Email.

Next to the named large foundations, there also a lot of lesser known scholarships. Some also offer studying abroad programs. You can find these on: